The most beautiful beaches of the Maddalena Archipelago

The Maddalena Archipelago, comprised of over 60 islands and islets, is one of the most beautiful places on Earth: 20,000 hectares and 180 kilometers of pristine coastline in the National Park in northern Sardinia where human activity is practically nonexistent.
This very area holds the most beautiful and famous beaches in the Mediterranean:

Located on the southern side of La Maddalena island, in the Isoleddu area. It is named after the enormous rock that towers over the beach, which resembles the head (testa) of an octopus (polpo). A beach so marvelous it could be called a natural swimming pool. Around the beach are other coves waiting to be discovered. The area is easily reached by following the panoramic road that leaves from the center of La Maddalena.

Spalmatore Cove is located on the northern side of La Maddalena. It is sheltered from winds by two headlands of pink granite rock, and stands out for its lightly sloping seabed and clear blue waters. There are also various services available. 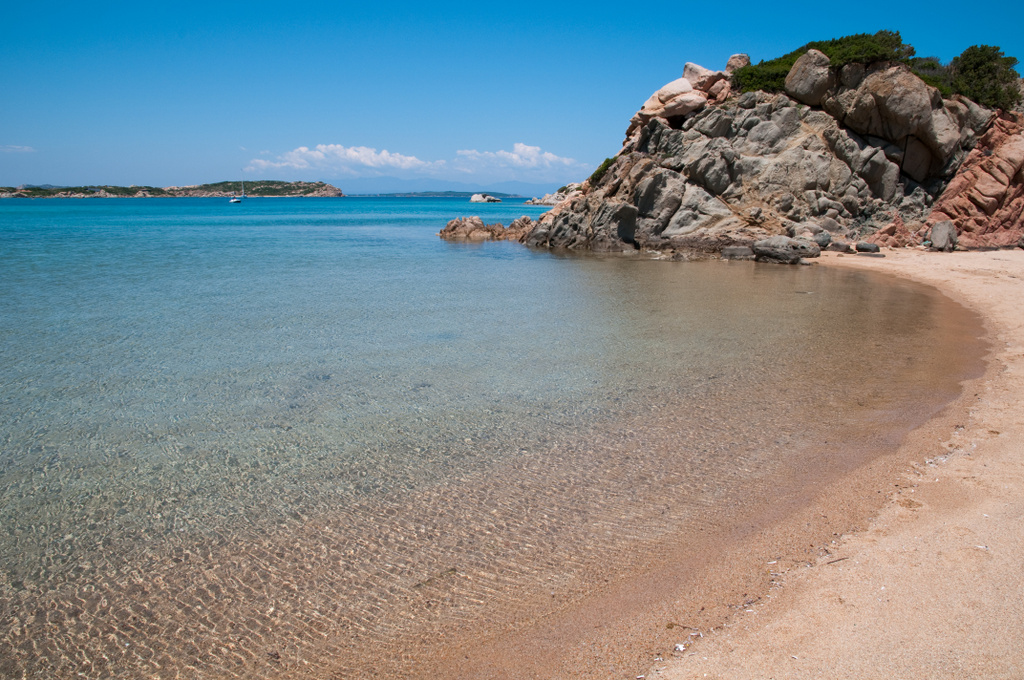 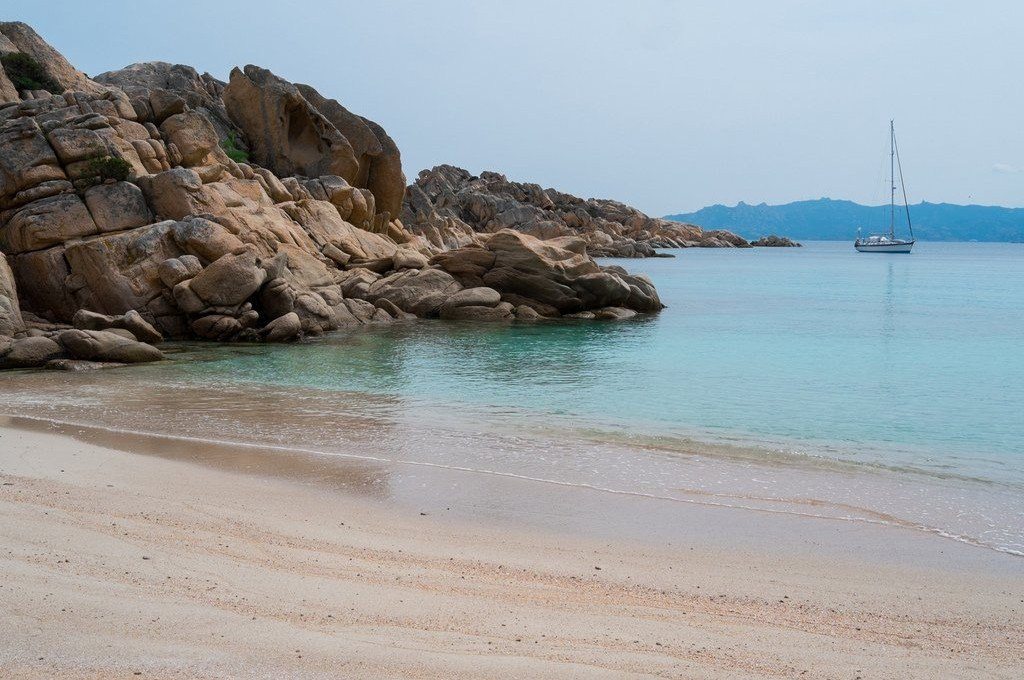 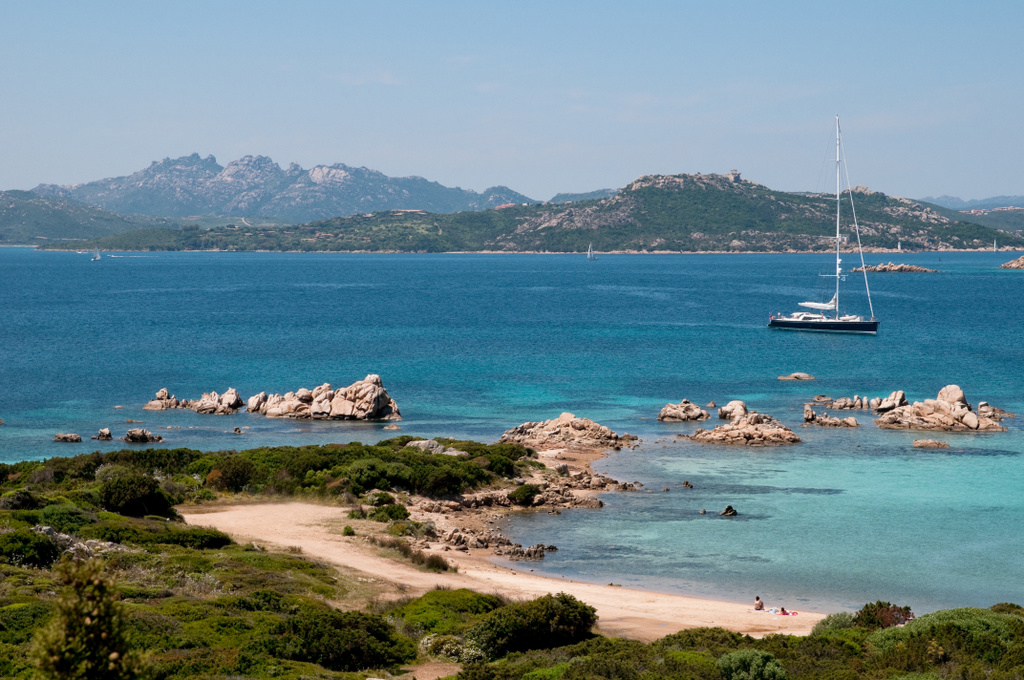 Located in the south of the Isola di Spargi, this cove is also known as the Strega or Witches’ Cove for the rock on the western side of the beach that looks like a witch. Corsara Cove is one of the most photographed beaches, and can also be reached by sea: fine white sands, cobalt blue waters, pristine with a low seabed, all surrounded by natural scenery and characterised by Mediterranean pink granite rock formations.

Perhaps the most famous beach in the Archipelago, Rosa beach is named after its characteristic pink sand, formed by millions of crushed shells of pink-coloured marine animals. The result is a fairytale-like atmosphere thanks to the bluish-green foamy waters, pink sand and the green of the surrounding nature. The custodian of the beach is the only authorised resident of the island, and is in charge of maintaining and preserving this earthly paradise.

On the Isola di Caprera, Serena Cove is known for its soft white sands and crystal-clear waters, and has been voted the most romantic beach in the world. It is located past Garibaldi Cove.

Coticcio Cove is a small, hidden beach not easily accessible by road. An authentic aquarium, it has many fish and starfish.

These are some of the amazing beaches you’ll find in the Archipelago di Maddalena.

This site uses cookies, including third parties, to send you advertising and services in line with your preferences. If you want to learn more or opt out of all or some cookies click here . By closing this banner, scrolling this page or by clicking any of its elements consent to the use of cookies. Ok